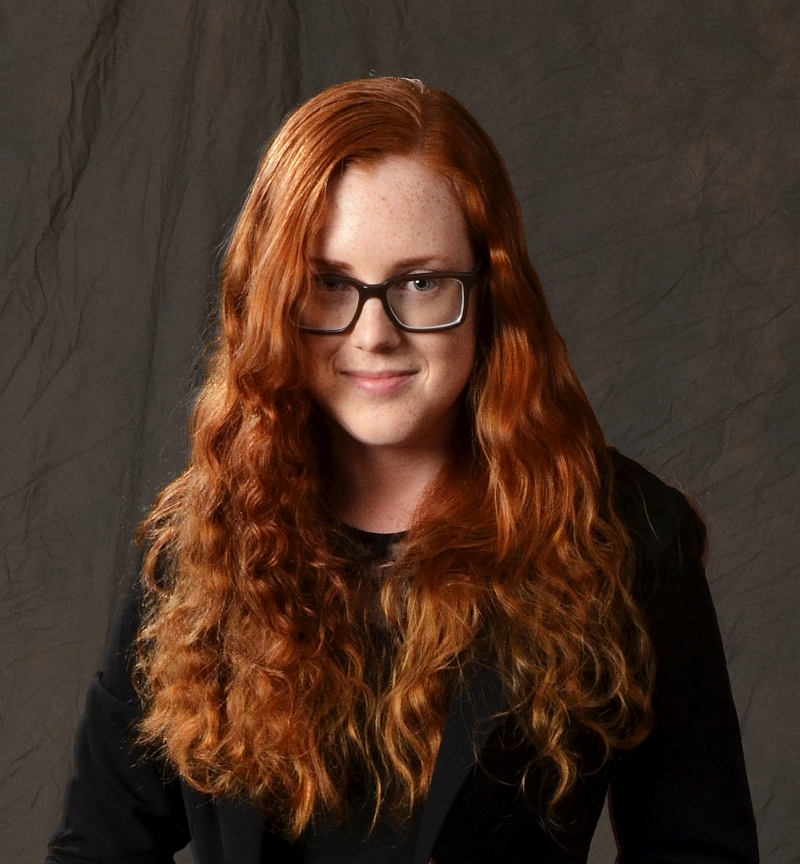 Chelsea Komschlies’ music has been said to possess an “ingratiating allure” (San Diego Story). Ms. Komschlies (b. 1991, Appleton, WI) is currently pursuing her Ph.D. in composition with Jean Lesage at McGill University where she has been awarded the Andrew Svoboda Prize for Orchestral Composition as well as the Research Alive Student Prize for her work in crossmodal correspondences and musical meaning. Previously she studied with David Ludwig and Richard Danielpour at the Curtis Institute of Music, where she was awarded the Alfredo Casella Award for composition, and with Dan Kellogg and Carter Pann at the University of Colorado at Boulder, where she was awarded the Thurston Manning Composition Award and Cecil Effinger Fellowship in Composition.  Her work springs from spontaneous subconscious mental imagery, and one of her goals is that listeners make deep, instinctual associations with her music, be they emotional, visual, or otherwise abstract.

Ms. Komschlies has been programmed by Alarm Will Sound, the Omaha Symphony, Choral Arts Philadelphia, and the Fifth House Ensemble, and by presenters such as Codes d’accèss (Montreal), Le Vivier (Montreal), CAMARADA (San Diego), the Philadelphia Bach Festival, and Make Music Chicago. She has received fellowships from the Aspen Music Festival, where she was the first woman ever to win the Hermitage Prize, the Fontainebleau School where Nadia Boulanger once taught, Copland House’s CULTIVATE, the National Orchestral Institute, and several other festivals in the U.S. and abroad.