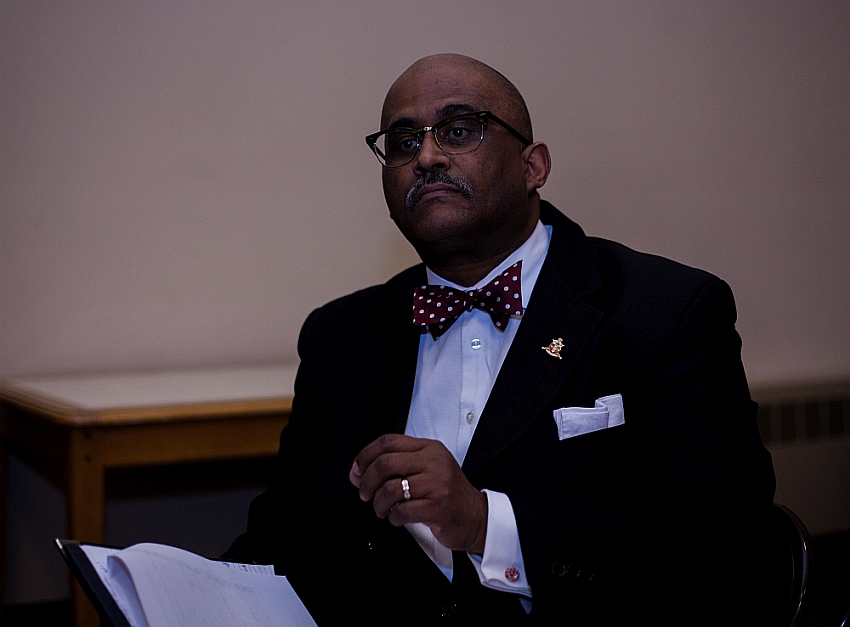 Dr. André E. Godsey, Sr., is a free-lance composer since 2009 and a trumpet player trained at Lake Clifton Senior High School, in Baltimore, Maryland. In 1979, André E. Godsey earned the Musician of the Year Award from Lake Clifton and went on to Howard University's school of music to study classical French Horn. He holds a Master of Arts degree in Music Education from Liberty University. Additionally, he has completed the Master of Fine Arts in music composition from the Vermont College of Fine Arts in August 2021. Dr. André E. Godsey, Sr. was selected by the Rhymes with Opera organization to participate and produce music for their Pocket Opera Workshop series in August 2014. He was also selected to attend the Sao Paulo Contemporary Classical Music Festival where several of his works were world premiered in October 2019.

Dr. Godsey has written three symphonies; several chamber works for various instrumentation, a classical love song entitled, To My Darling Silhouette, and jazz arrangements for a forthcoming jazz album for trumpet. He is also listed with Music by Black Composers in the living composer’s directory. The opera, United in Chaos, is his latest work inspired by the heartbreak and violence of police brutality against African American men. Symphony Number One in C# Minor: Themes for Soren Kierkegaard, First Movement was recently studio recorded in the Czech Republic under the baton of Jiri Petrdik with the Janacek Philharmonic Orchestra where the CD was released on September 11, 2020. The title of the CD is Dimensions, Volume 3, Works for Large Ensemble on the Navona records label at the Parma Recording Label. Dr. André E. Godsey, Sr., is married since May 7, 1988, to Lakita C. Godsey and they have a son, Andre' E. Godsey, Jr. Finally, the Parma Recording Grammy Committee has offered the Dimensions Volume 3, Works for Large Ensemble for a Grammy nomination for the 64th Grammy Awards ceremony, 2022.